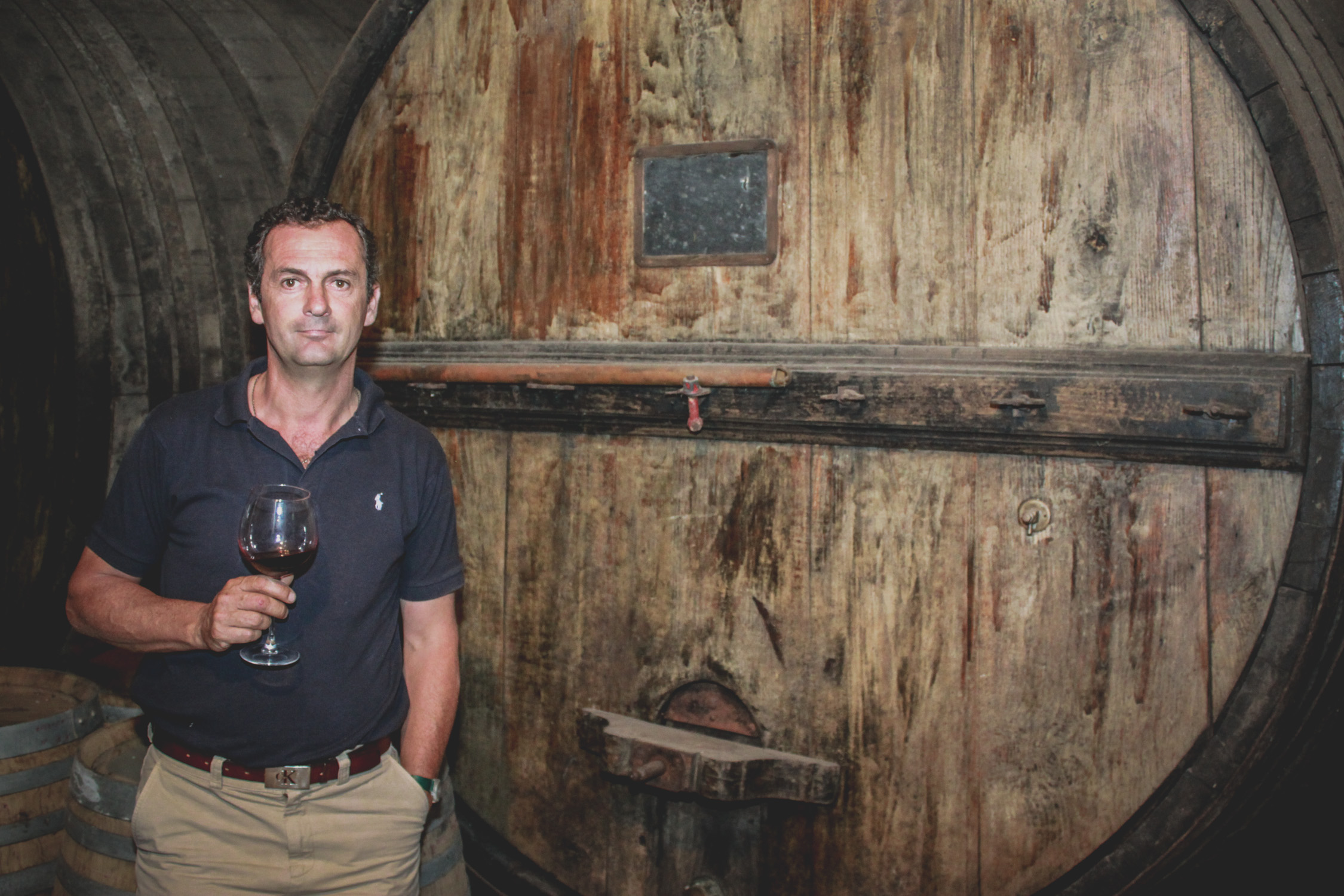 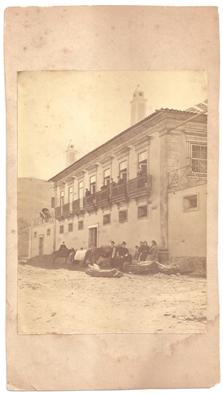 Quinta dos Varais is situated in the left margin of Douro, in Cambres, in the city of Lamego. Until the year of 1773 Quinta dos Varais was depending on Convento de Salzedas, whitch was payed annually with wine of the region instead of normal taxes.

This fact proves the antiquiness of the vineyard's culture in this property, located in the heart of the ancient Zona dos Vinhos de Feitoria(Wine Trading Post Zone) - acording to the delimitation of 1761.

Since the eighties, Qunta dos Varais has been going through a variety of changes, such as in the area of viniculture(mechanization of vineyards and selection of varieties), winemaking(adaptation of the stone mills, more functionality, among others) and also in the area of guesthouse tourism. this activity became an adjunct to the agriculture activity and started in the eighteenth century sunny house, which later was adapted to a tipical house of the region, with shale and private pool.

The marketing of the table wine also started in the eighties, being the first to be lauched in the market the white wine, which came from the varieties Malvasias Fina, Viosinho and Códega, vinified by the process of 'bica-aberta' and control of the fermentation temperature.

Later, in the nineties, began the marketing of the red wine originally from the varieties Touriga Nacional, Touriga Franca and Tinta Roriz, vinified in stone mills by handmade tread. After the malolactic fermentation the red wine internships in oak barrels. Nowadays, Quinta de Varais's landlady is Mrs Lúcia de Castro Girão, descendant of a long generacion of several farm owner from the same region, Douro.

Since the plantation until the corking of the wine bottles, there's a long and passionate process made in Quinta dos Varais, under the supervise of the landlady's son, the vintner J. Girão de Azeredo.

Recently, in an investigation undertaken by Dr Altino Moreira Cardoso, it was discovered that Quinta dos Varais was the first property, in Douro, to be bought by the Monks of Cister. It was also discovered that, around the year of 1142 was made the first ‘Vinho Cheirante de Lamego’, in Douro, now known as Port Wine! 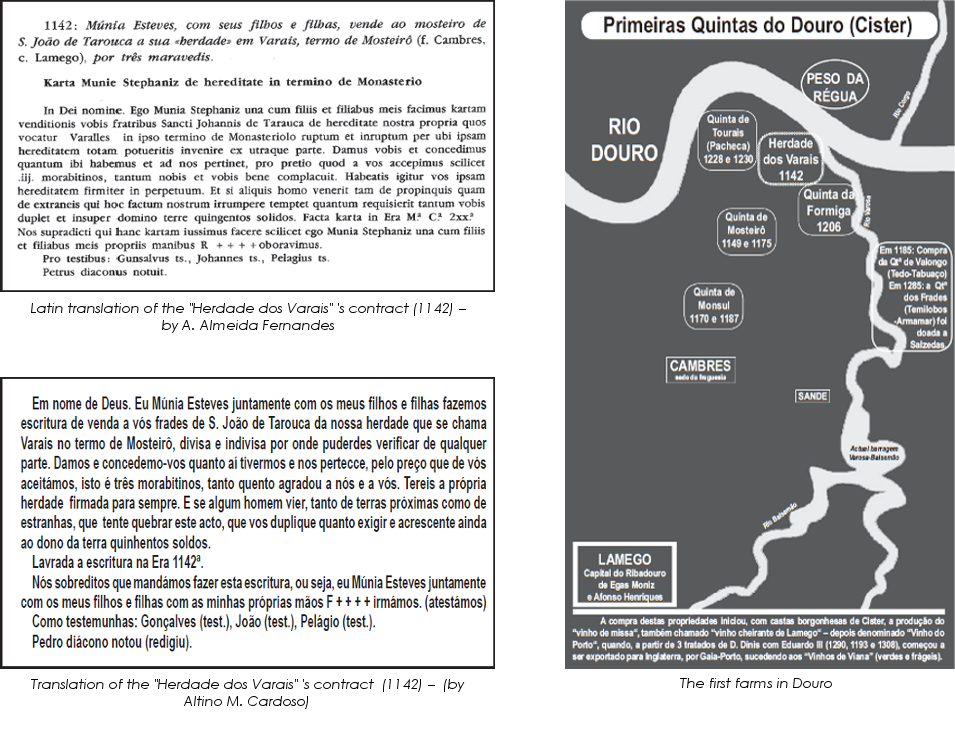 KNOW THE ORIGINS AND HISTORY OF VARAIS

Origins and History of Varais

The Varais manor stands on a hillside, overlooking the Douro valley with its typical rock-walled terraces covered with green vineyards which produce the Port wine.

The present building of Casa dos Varais dates from the early 18th Century, although the original construction is believed to go back to the 15th Century or even before. In ancient times it was the residence of the noble Coutinho family, Lord of Lamego and Penedono. Penedono is a small town located about 35 miles southeast of Lamego. Here, there is a castle often considered as one of the oldest Medieval castles exisiting in Portugal.

For many years, Casa dos Varais was occupied by the Salzedas monks (a village situated about 60 miles north of Viseu), who had arranged a special lease permitting them to stay in the house indefinitely. However, the house was returned to the family on March 26th, 1753 when Alexandre Luís da Sousa Coutinho, military governor of Armamar decided to cancel the leasehold and move into the house with his family.

In 1808, the house was ransacked by Napoleons troops commanded by General Loison. Furthermore, a fire almost completely destroyed the interior in 1940, making it necessary to reconstruct it, but still keeping the original architectural lines.

By way of various marriages, Casa dos Varais is connected with the noble families of Castro, Vilhena and Pinto da Fonseca. D.António Manuel de Vilhena and D.Manuel Pinto da Fonseca were both Grand Masters of the Order of Malta. The former fought many battles against the Turks, and at one time had a large fleet under his command. His remains now lie in a magnificent tomb at the Saint John’s church in Malta.

Alvaro Gonçalves Coutinho, a famous member of the Coutinho family, was one of the twelve Portuguese knights who went to England in the 14th Century to avenge twelve English ladies who had been insulted by some British knights. He was nicknamed ‘O Magriço,’ the ‘champion of the ladies.’ This event was narrated in Camões’ epic poem, ‘Os Lusiados.’

Manuel de Sousa Coutinho was born in 1555 and died in 1632, and had such an adventurous spirit that a Portugues playwright was inspired to write a play about his life. He was imprisoned by the Moors in Algiers, and when released, returned to Portugal and married D.Manuela de Vilhena. When Portugal was under Spanish rule, from 1580 to 1640, Manuel de Sousa Coutinho set fire to his own palace in order to prevent the Spanish governors from lodging there when they were fleeing Lisbon, which at the time was being devastated by an epidemic. He was then forced to flee the country, and when he returned to Portugal a few years later, the death of his beloved daughter led him and his wife to retire to claustral life. In 1614, Manuel de Sousa Coutinho was received in the Dominican Monastery of Benfica in Lisbon, adopting the name of Frei (Friar) Luís de Sousa.

The coat of arms which today stands in the house superbly shows the insignia of the Periera, Pinto, Coutinho and Sousa surnames. The present owner of Casa dos Varais is D.Lúcia de Castro Girão